Probably the best place to start is to start with a definition: 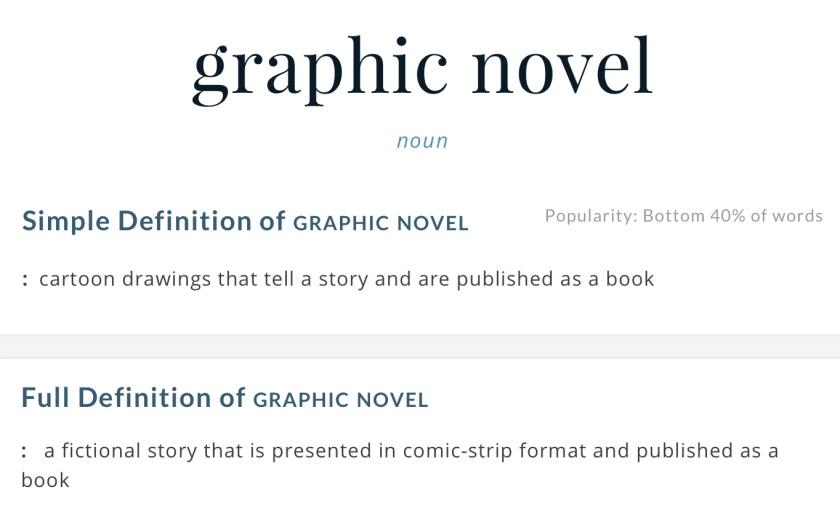 So, basically, this is novel told through the form of comic-strip, comic book, cartoon drawings.

To get a bit of a longer, more complicated look at Graphic Novels, Wikipedia can provide you some good basic information and a jumping off point for you to continue looking:

Some Basics for Beginners (Those Who Have Never Read Graphic Novels)

This video is designed for introduction for students who are entering, First-Year students, the University of Tennessee. It is becoming a common trend for institutions of higher learning to use graphic novels to help communicate themes and ideas they want to cultivate in incoming freshmen.

Now, this created a bit of controversy at Duke University last year when incoming freshmen were recommended (but not required) to read Fun Home by Alison Bechdel. One student, Brian Grasso set off part of this controversy by upholding that reading the graphic novel and some of its themes of homosexuality and sexual awakening violated his Christian beliefs (article linked here). On the other hand, as the controversy developed, others have defended the selection of the graphic novel. The hard reality though to all of this here, is that graphic novels can be a place where expression can push the boundaries and be more than simply about superheroes.

How to Read a Graphic Novel

While we watch this video, I want you to jot down a few terms or ideas that Michael Chaney throws out there that are unfamiliar to you

What are some of the terms you found unfamiliar?

Speaking of controversy, it was controversy that first inspired me to want Graphic Novel Rationale (and not just ones with superheroes).

In your own words, what is a graphic novel?